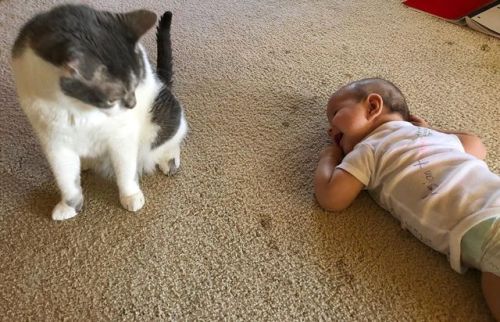 Life is better when a friend comes to do tummy time with you. In other news, who would have thought it would be the evil cat that would turn out to be a baby whisperer.

My friend just taught me how to tag a person in Instagram pics and I was so excited to try it out on all my old pics… until I realized that I still only take pictures of my cats, food, and myself.

Just 2 girls catching up on tumblr in the morning. 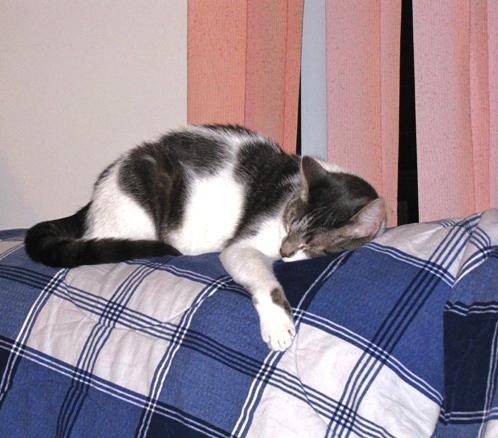 Somebody looks so sweet and innocent when sleeping.

That same somebody is most likely the reason I needed a new camera last week. Since that somebody (who is known to carry heavy objects in his jaws and drop them in the laundry bin) probably thought the laundry bin was where my camera belonged. It isn’t. Would have been great to try and teach him that lesson before the camera got washed.

But on the plus side… yay for new camera! 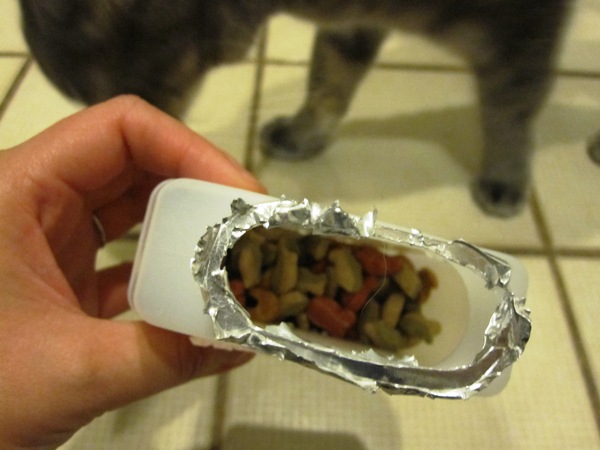 This was treats from a care package sent by Ryan’s folks.  Treats that the last time I saw them were still in the not-unpacked care package box, with cap and foil sealed on a filled jar.

When this was discovered I spend a good part of the day trying to make them understand this was not proper behavior.  Ryan, meanwhile, petted them and danced them around the house proclaiming that we had the “smartest cats in the entire world.”

In the world of good cops / bad cops… guess which one I always have to be. 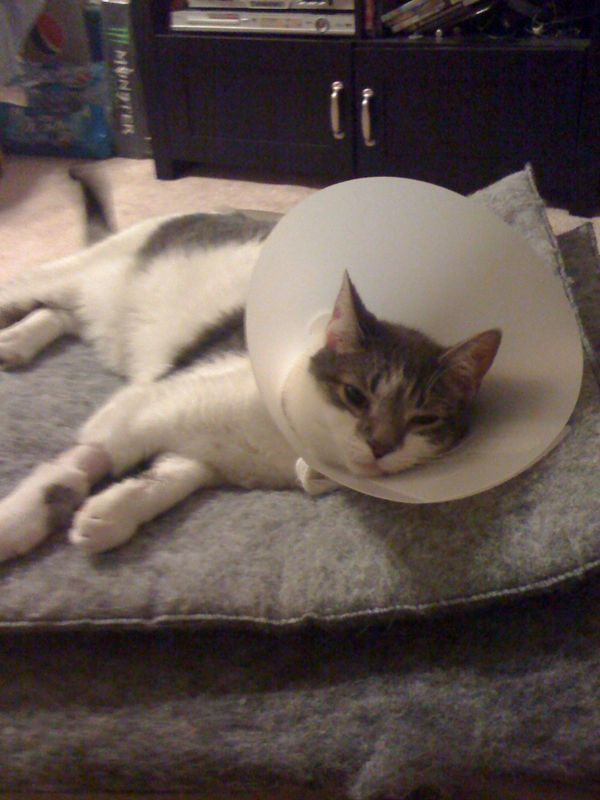 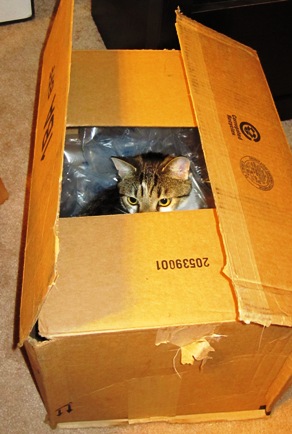 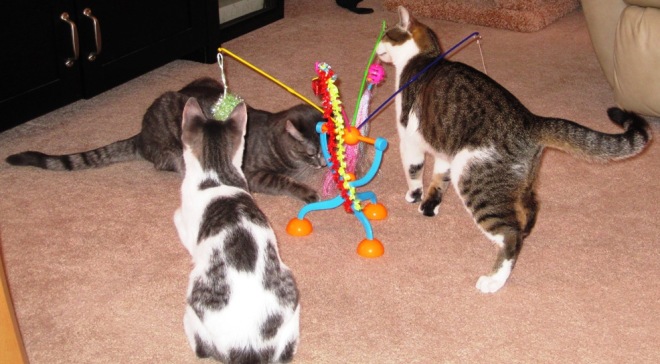 Upon telling him that I was the proud mother of a beautiful baby boy (Spam), his exact response was, “What would possess you to do that?”

This was reiterated twice more when I called him to discuss the adoption of Sox and Sushi.

Now my mom and multiple inlaws (parents, aunt/uncle, grandma) have all showered gifts upon our first “children,” but I pretty much died of shock when my dad called me to tell me that he had bought his first “grandchildren” gifts while he was on vacation.

He thinks that I don’t know the truth – but I do.  He’s just a big ole softy. 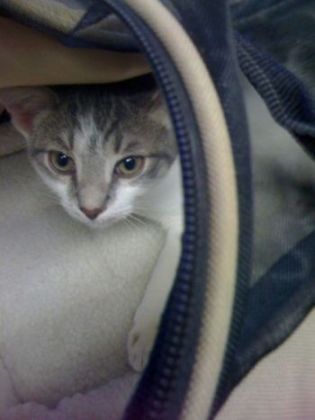 Poor little Sushi! His first time back at the vet since the surgery that made him less of a man.

Prognosis: ringworms. I was much less grossed out when I Googled ringworms and found out that it’s a fungus and not actually worms. Still, this creates a big issue as one of the treatments is to bath each cat (since Sox and Spam have been in contact with Sushi) twice a week until the problem goes away. I don’t know about other cats but with mine, there is no love lost between them and water.

This is going to be painfully, physically painful, for me!