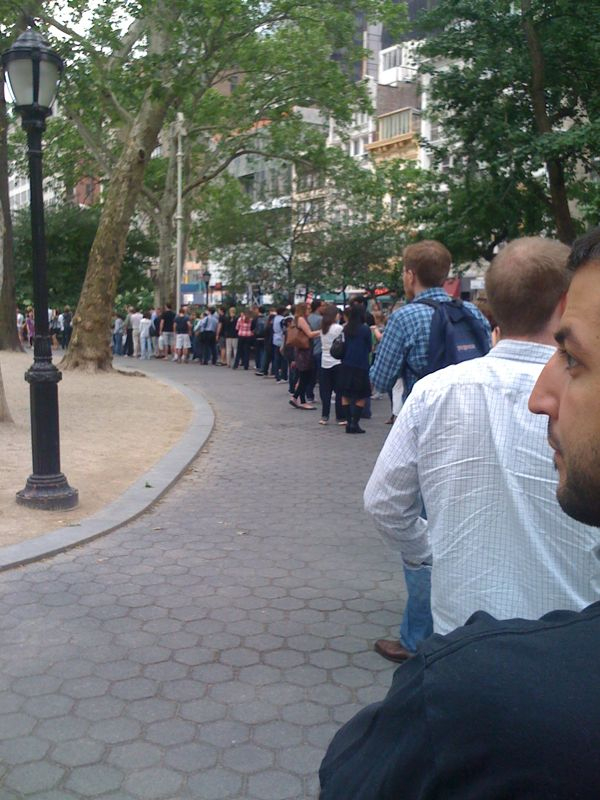 Last year I spent half of the holiday working so this year I’m living it up!

First stop: Shake Shack. What’s that you say? Where’s the “shack”? It’s at the end of the c-like line that I only captured half of in this picture. It is moving though. Because a few people in front of me have given up waiting… But it’s movement nonetheless.