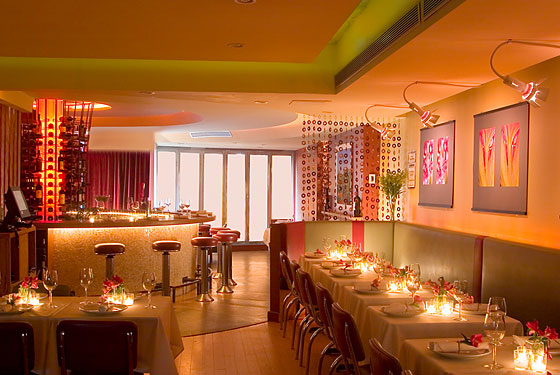 The hubby and I have recently (as in a couple weeks ago) started a new tradition where he meets me in the city on Friday for date night.  Two weeks ago we hit up Ssam Bar, which was excellent (of course) and the wait wasn’t too bad either.

Due to his recent stint in the hospital, the Hubby is on a strict no-sugar-no-fat diet so I’ve been trying to come up with fun places to eat at that cater to his dietary needs instead of having him watch me eat a sizzling steak while he downs lettuce leaves (I do that enough at home).

So Counter, a vegetarian restaurant (with some raw and vegan options), seemed like the perfect place for last Friday’s date.  Tumblr folks gave the place great reviews but Yelp had mentioned that the service was bad so I was pleased by how attentive our waiter was.  The food was good (especially the hot food) but it finally made both Ryan and me believe Thomas Keller’s notion that the palate tires after 3 bites.  Maybe it’s the spam-eggs-steak-pizza-sushi lover in me, but there is only so much popcorn chickpeas and quinoa salad I can take before wanting to taste something else.  Not that the dishes weren’t tasty, they were, but there was just a lot of the same taste.  So it’s a good thing they serve little plates so you can have an entire menagerie to taste.

Also, price-wise it was one of the cheaper dinners we’ve had out.